Kyiv-based illustrator Sergiy Maidukov talks about his style, search for inspiration, and importance of authorial projects.

[This article is published in partnership with Odessa Speaks English, an initiative whose main goal is to encourage the development of an English-speaking social and cultural setting in Ukraine generally and Odessa specifically.]

I was born in Donetsk. My parents were a painter and an architectress who worked as an economist and an engineer.

I dreamed of being a botanist when I was 7. Then I wanted to become an archeologist and a scientist at the age of 10. When I was 14 years old, I preferred to be a radio technician, and when I turned 16, I wished to be a musician. I tried everything — I used to grow cacti, I dug out construction debris and glass in the yard, I soldered things that seemed to hardly ever operate and performed a mix of jazz, punk, and burlesque at local cultural centers.

I tried everything — I used to grow cacti, I dug out construction debris and glass in the yard, I soldered things that seemed to hardly ever operate and performed a mix of jazz, punk, and burlesque at local cultural centers

I studied international economics and graduated from the university. I don’t consider myself an educated person because of that.

But I diligently studied classical drawing at the art school of National Academy of Arts of Ukraine during 4 years starting from 2006. I learned a lot there. But I quitted after I felt that that classical drawing is ready for my love. «God forbid that!», I thought and stopped answering phone calls when they called and asked why I don’t attend classes.

My father taught me to invent, draw, sculpture, cut, and create books throughout all my childhood. He wanted me to care about realization of a pending project. I published the first collection of graphic stories when I was 6, and he was my art director. It contained complex yet naive pictures — for example a story about the murder of John Lennon. I want to take this sketchbook to Kyiv after freeing Donets’k from the vile Russian booze breath. 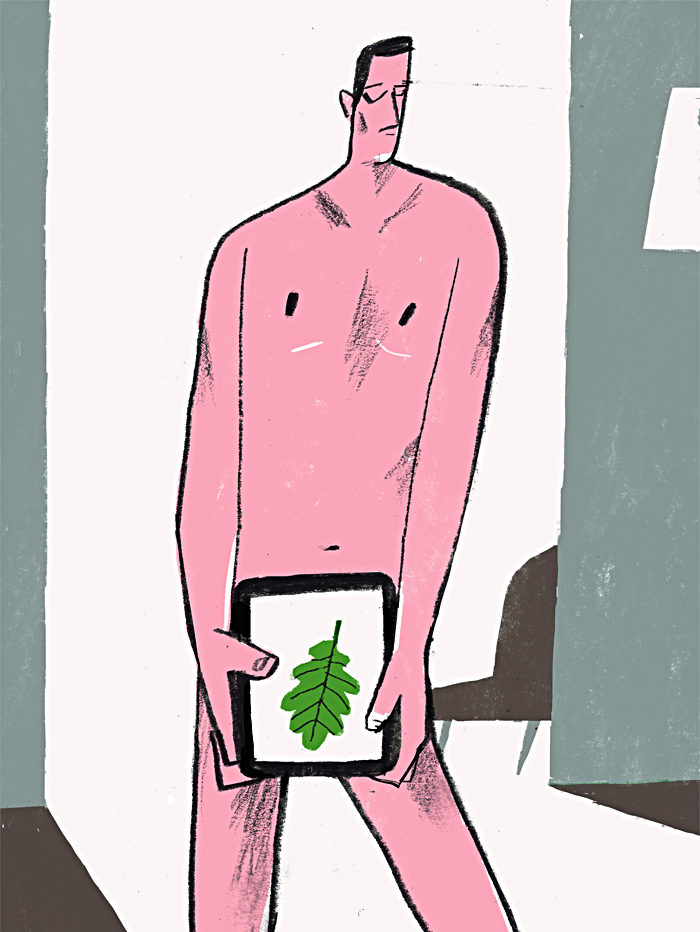 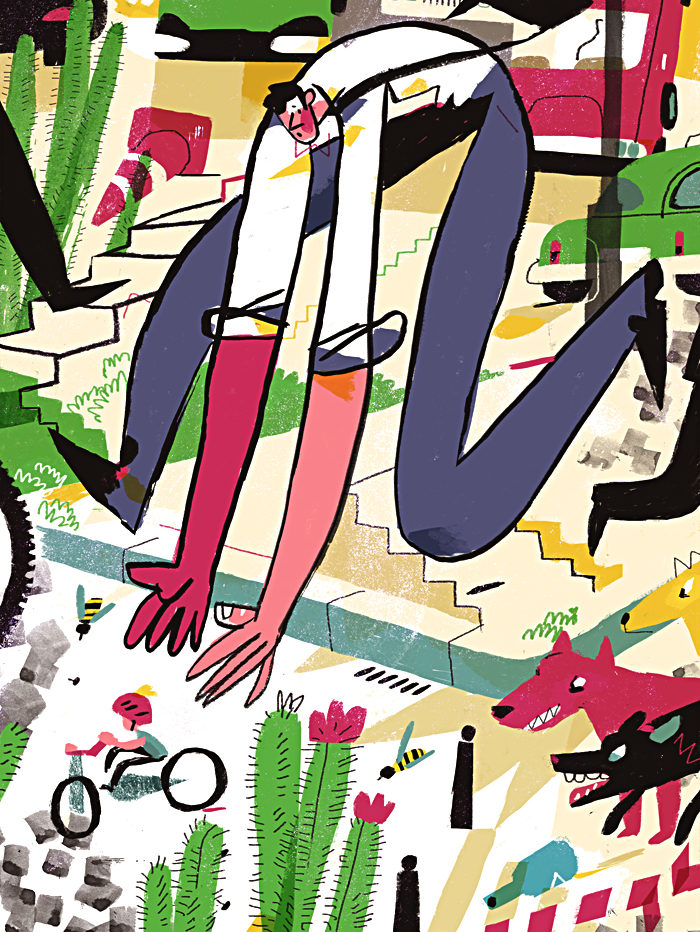 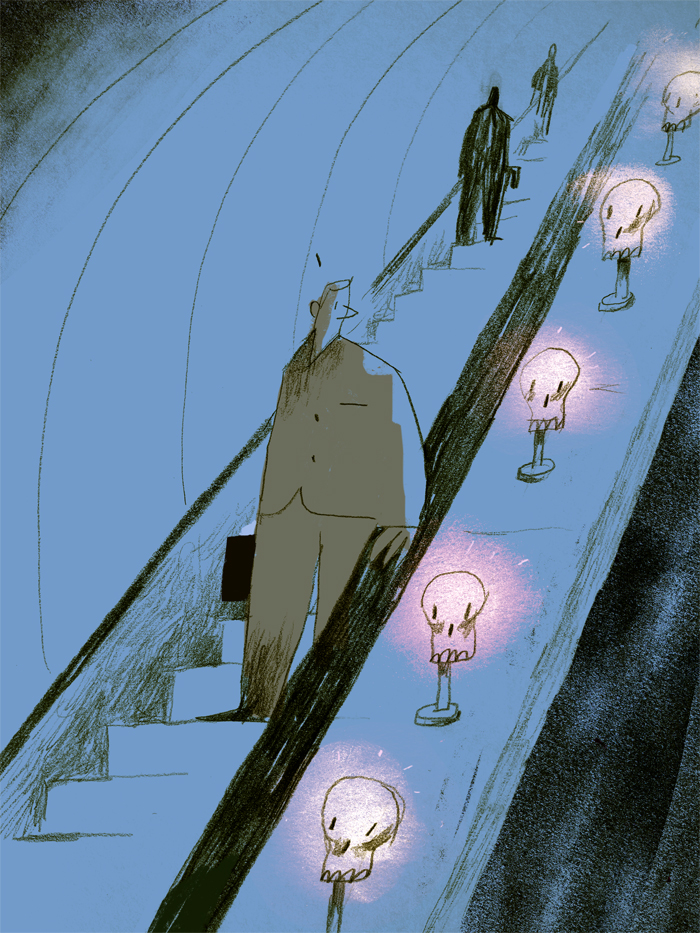 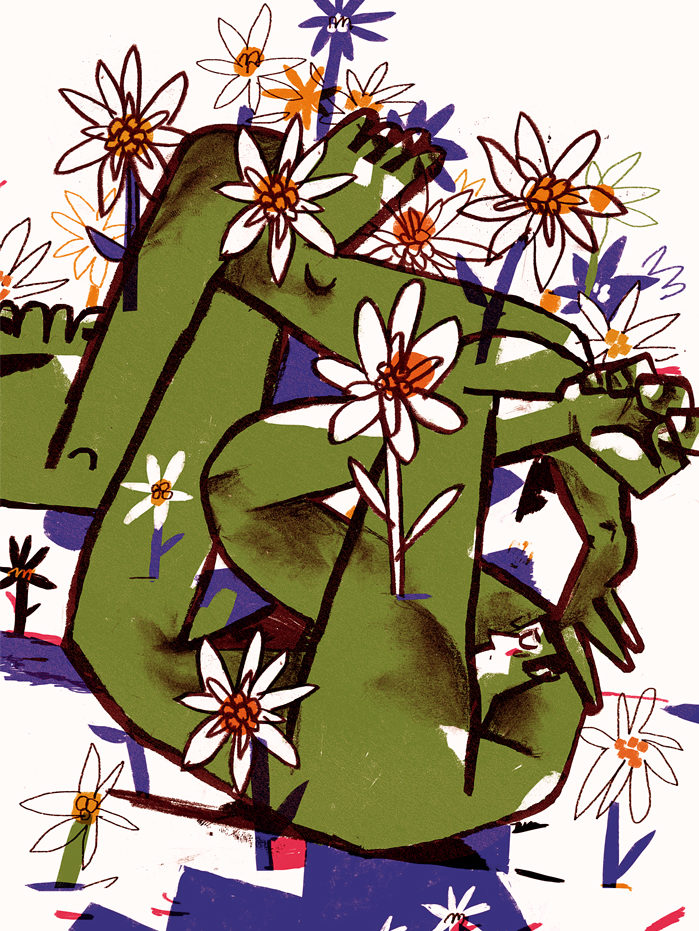 First Steps As an Illustrator

My story has begun when the company, where I used to be a designer, ceased to exist. It was the day of its liquidation when I started to work with a series of three posters and felt that freelance illustrating became a part of my life.

I reduced project count step by step, since a lot of jobs wore me out and caused discomfort. «Kherson Sun» agricultural complex logo was a tipping point.

I used to draw storyboards for a long time — a year and a half, perhaps — and it was the key format of earning money.

That series of posters was my first success. An advertising agency was thrilled with the illustrations. They wanted me to relocate and work as an in-house illustrator at once. I got kudos and generous royalties. But these posters entailed misfortune, too. The customer ultimately replaced them by other pictures. I learned it by chance, and I experienced a short depression period.

Bad times were frequent enough, though I see now that these were not misfortunes per se, but rather ways to develop. But there were also f*ck-ups, of course. For example, a Dutch magazine approached me two years ago. They created a series of articles with studies regarding modern post-revolutionary Ukraine. My first try to complete the project was a failure. It was the most massive miscommunication with an art director I’ve ever experienced during my career. Three days were enough for both of us to lose any faith in humanity. 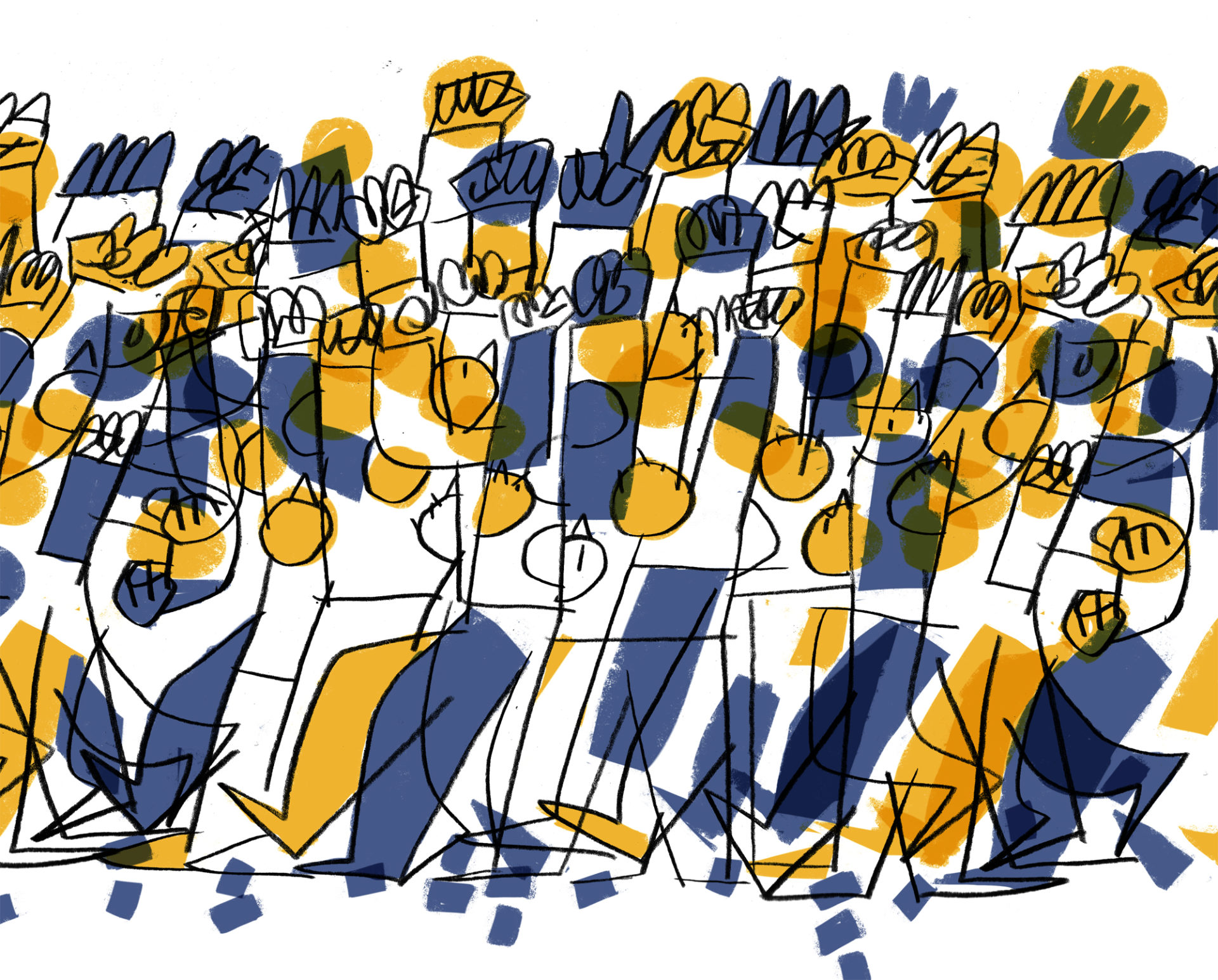 Or, say, I’ve sent seven approved pictures to an art director of The Washington Post. «They are super duper! Could you send me the same sizes converted from millimeters to inches used in the statement of work?», he replied. Well, I’ve spent all the night redrawing those pictures and making them thrice as large as they had been before. It influenced the end result a bit.

A representative of a European magazine emailed me last winter. The art director became a big fan of my illustrations. They wanted to sign a 1-year contract with 20,000-euro budget. All I had to take part in was a formal short interview using Skype. I failed due to the lack of social and political erudition. I still don’t know the fundamental difference between comprehensive approaches to security policy of European «green» party and Christian Democratic Union.

My illustrator’s career is a success. That’s a way I’ve chosen in my life. I must thank someone for this, but I shall not kneel. Yet, I am not well aware of whom should I thank

But successes happened much more frequently. It’s one to ten proportion, I guess. My illustrator’s career is a success. That’s a way I’ve chosen in my life. I must thank someone for this, but I shall not kneel. Yet, I am not well aware of whom should I thank. 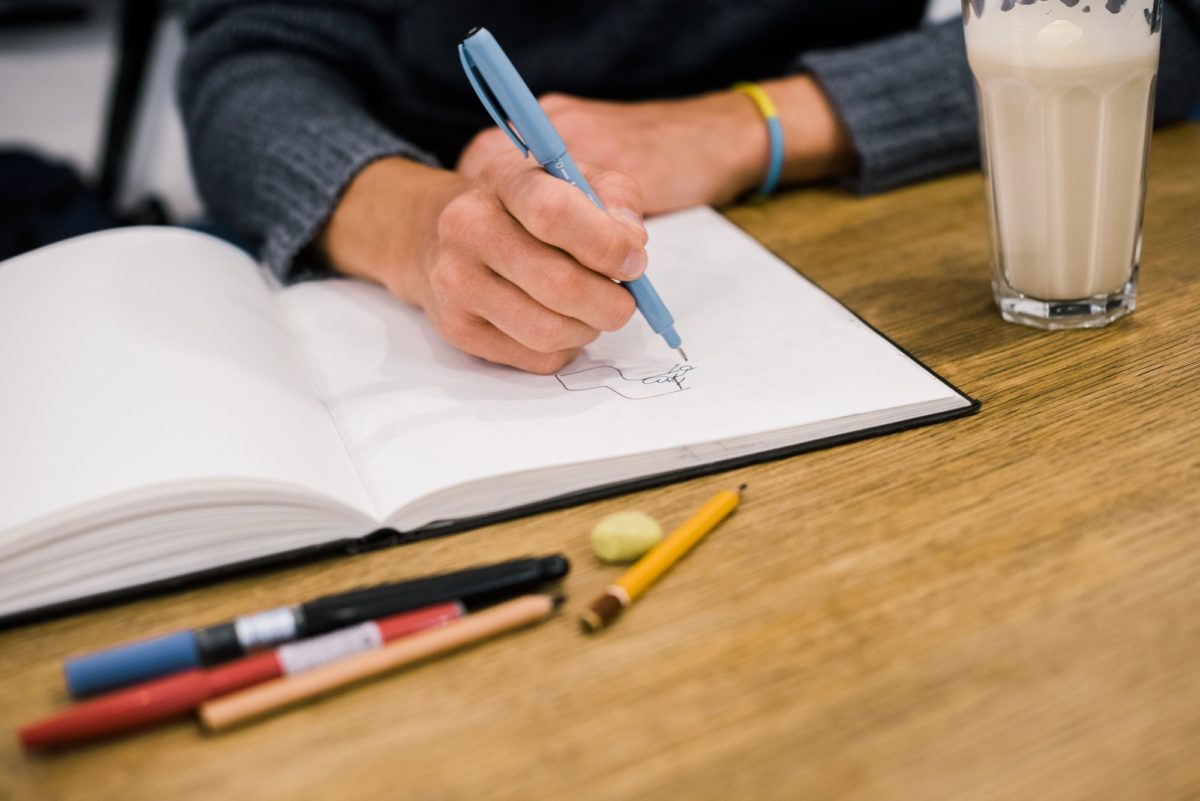 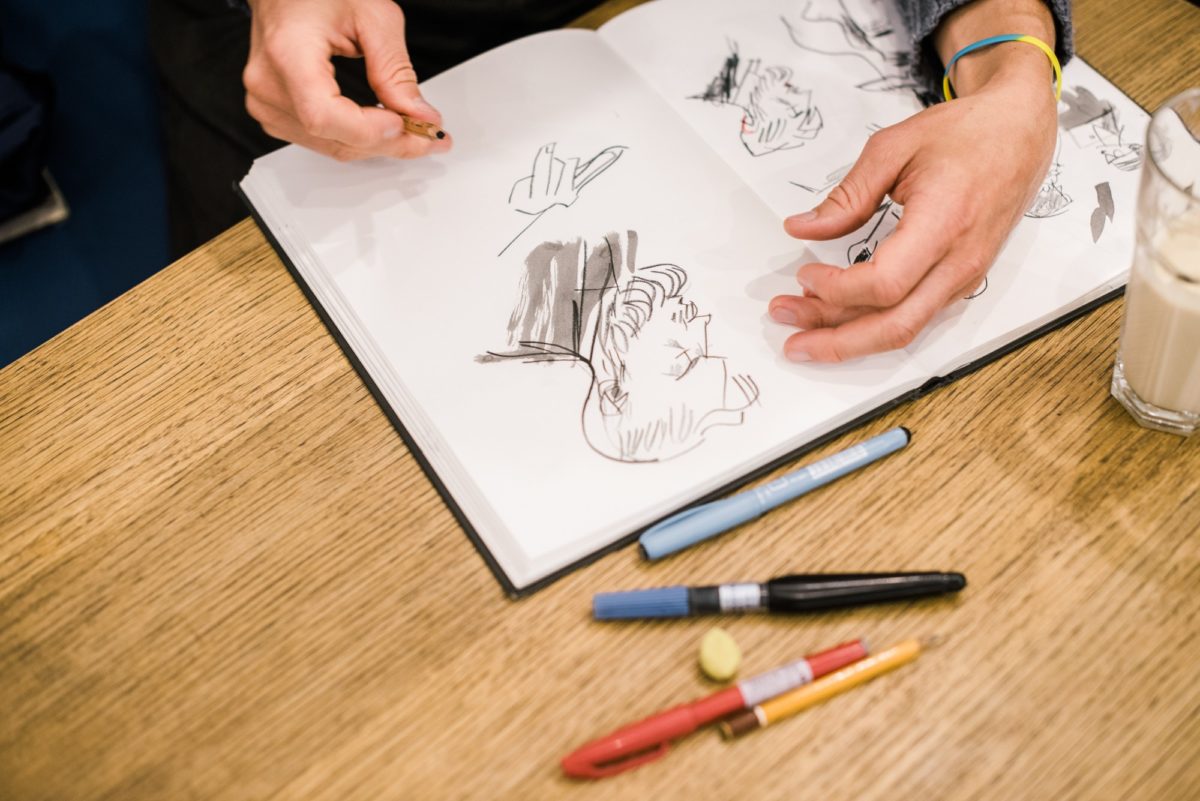 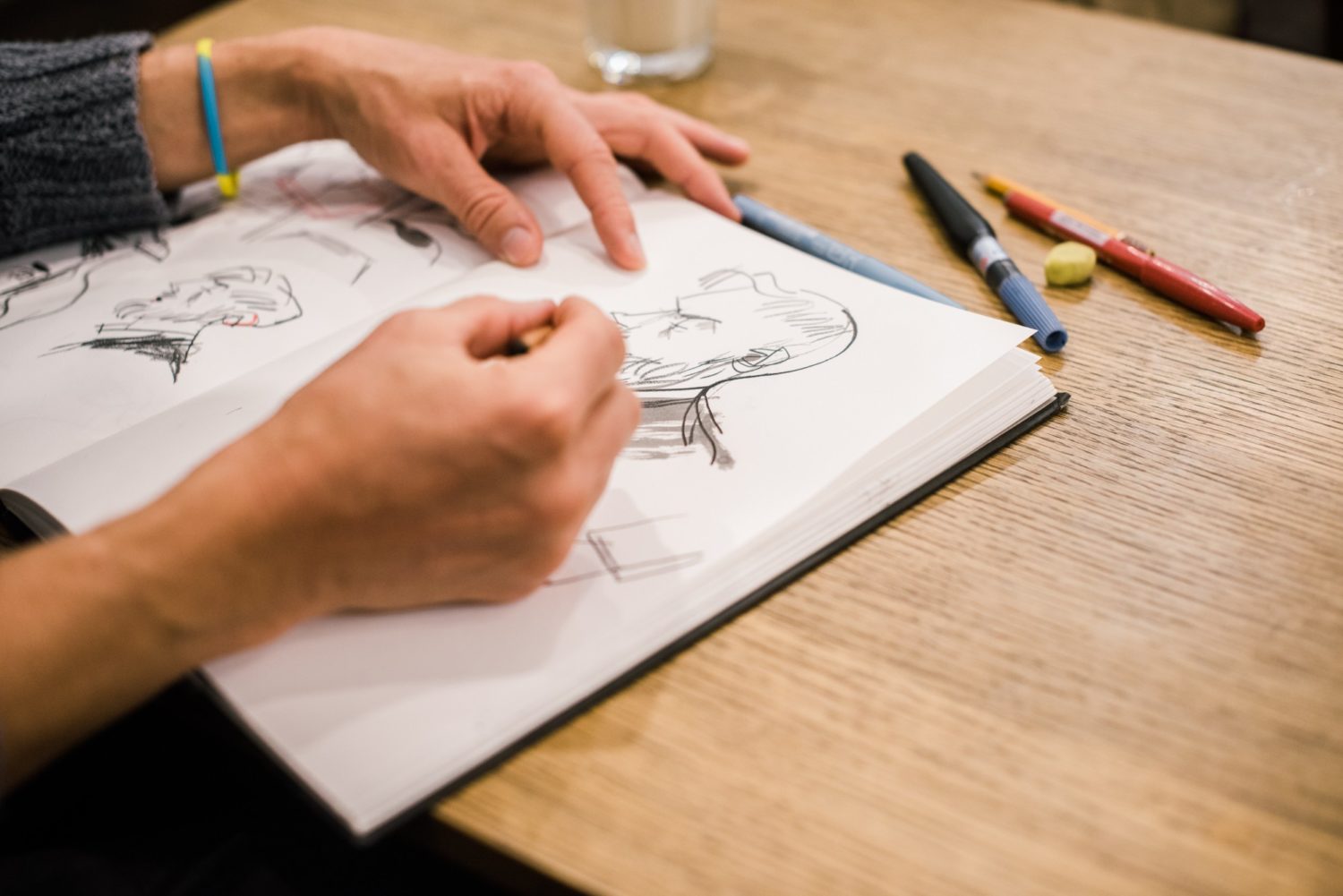 How to Perfect Oneself Non-Stop

I draw a lot. I try to complete simple pictures without a peep. Alternatively, my approach to more complex pictures is analytical. I deliberately work with composition, rhythm, details, margin of paper, and story as such.

I make many quick sketches outdoors. Every day I try to complete some work despite a pending order. I look at the illustrations of my colleagues and analyze them. I also read interviews with illustrators and creative directors. Sometimes I work in an unusual way or with unusual materials to feel both freshness and awkwardness. I easily discard works (even if they are not my own) at any stage and redo them until I am content. 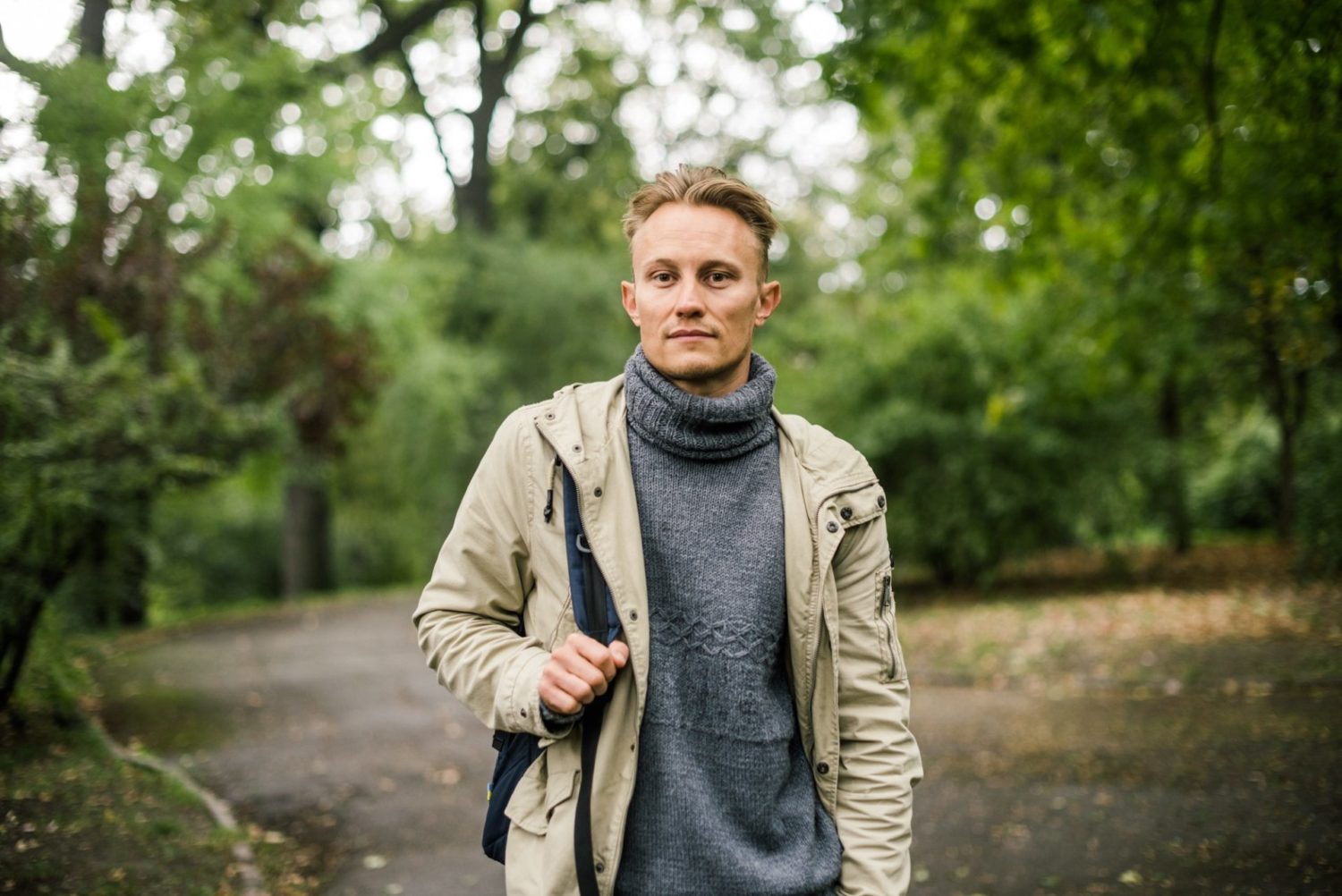 Search for Inspiration and the Most Productive Hours

I am inspired by silence when seeking for ideas. Music is a source of inspiration while I work. There is a frequent lack of silence, so, when I draw it’s quiet around. Tasty coffee makes me work better.

Architectural modernism, constructivism, and brutalism, classic black-and-white photos, European and American paintings created between ‘30s and ‘70s, Soviet paintings dated ‘20s and ‘30s, professional envy, a sequence of wins and failures, awareness of the fact that time passes, everybody rush, and “the bike is on fire”.

I work better from 9 a.m. to 12 a.m. Then there is a productive period after 5 p.m. and, perhaps, 10 p.m. I always write about tomorrow’s job in the evening. My usual working day lasts from ten a.m. to eleven p.m. Of course, I take breaks to lunch, have a cup of coffee with a bread roll or eat supper, run and swim. I also have to pick up my daughter from her kinder garden, attend yoga classes, and meet a business partner. At times you happen to plan a lot, then you get indulged in a project and stop focusing on it only in the evening. Things like these frequently happen. I cannot call myself a person who successfully switches between tasks. 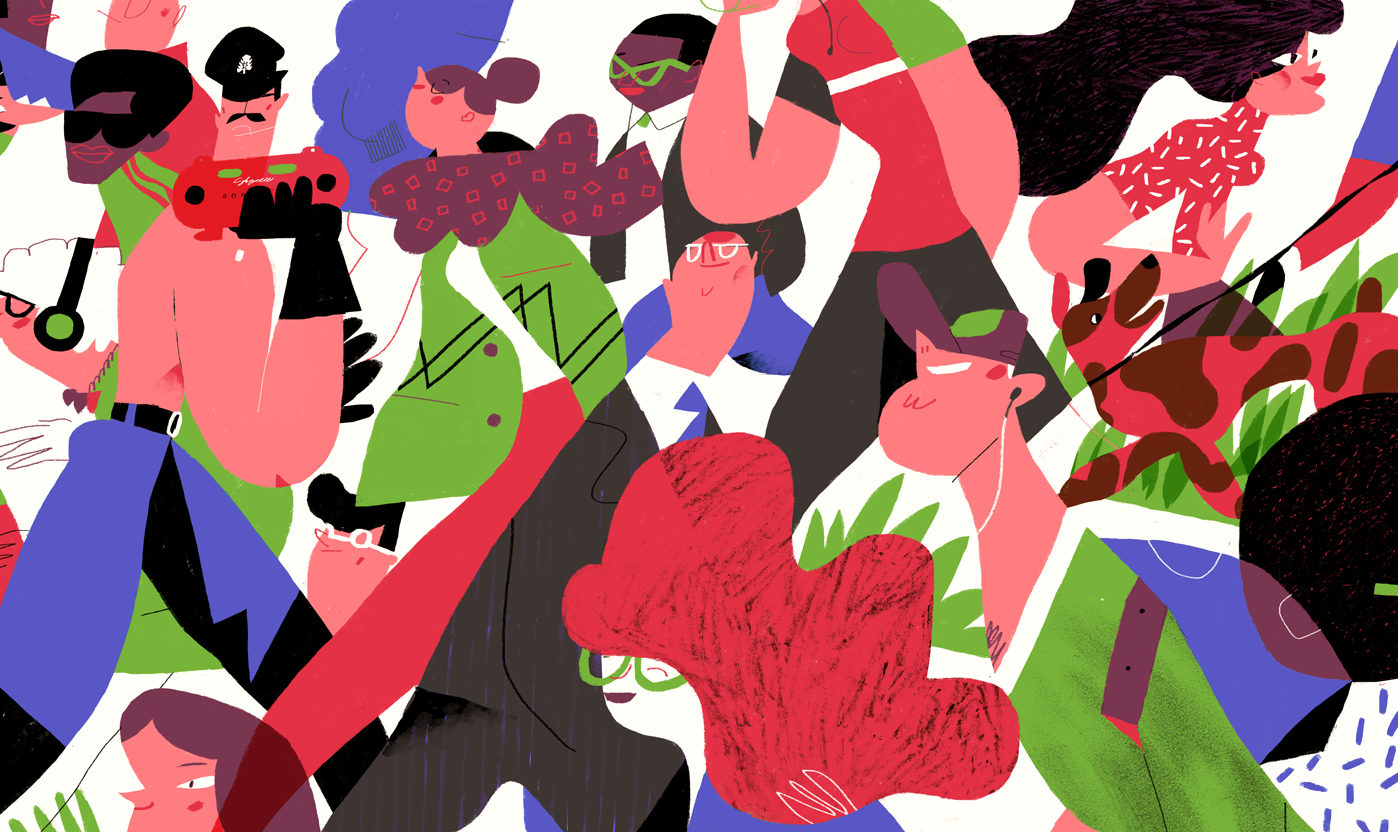 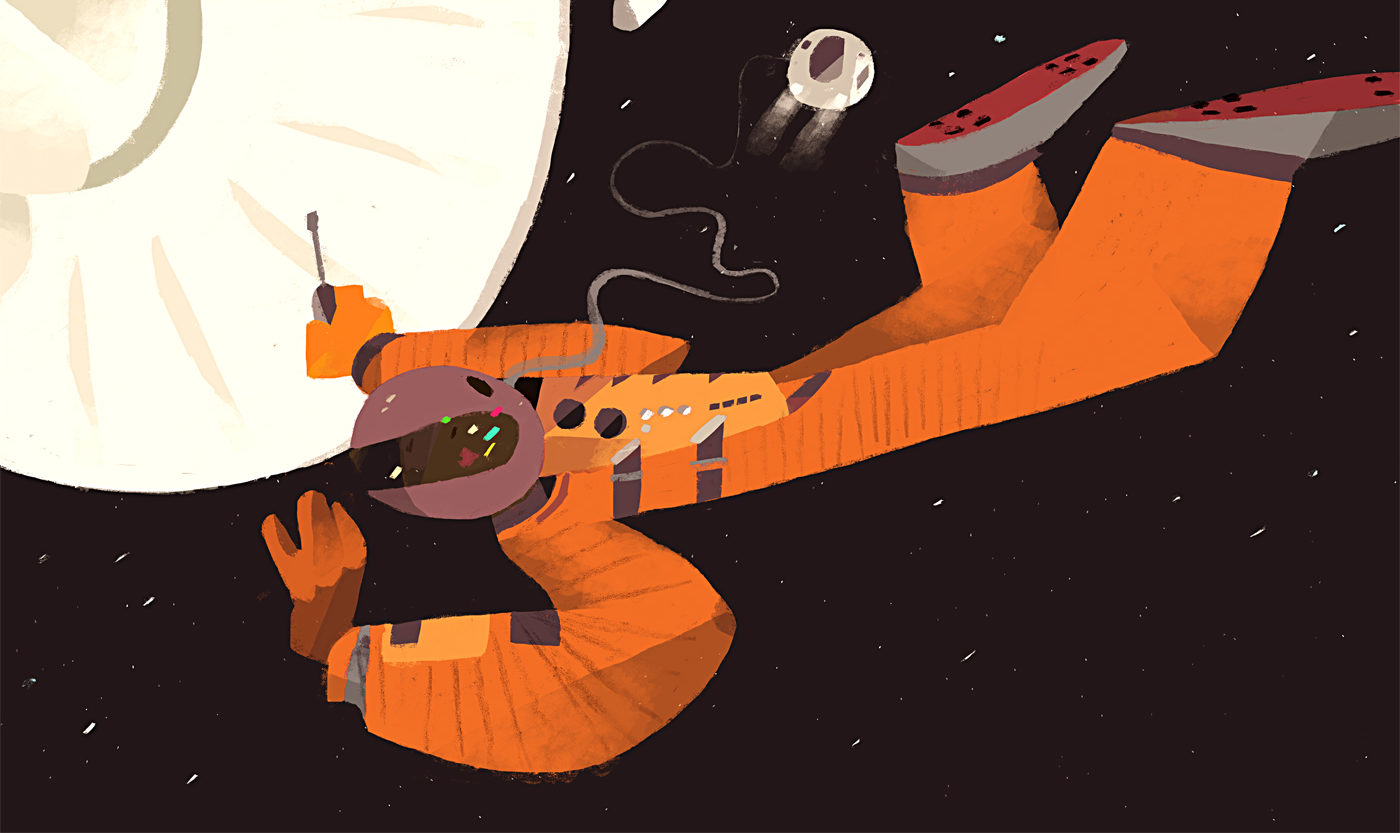 I am proud of the book on «Executed Renaissance» for Osnovy publishing house and «Space Odyssey 2001» made for Colting Publishing, a series of postcards «You. Kyiv», ceramic tiles around the city made in collaboration with Dzvinka, the «Yellow Place» picture situated in Good Wine, the Google Doodle made for Ukraine Independence Day in 2017.

I draw cities. I love Lviv, Odessa, and Carpathians as most people do. I loved eastern steppes of Crimea, forests and villages near Izium. I am also a fan of Ivano-Frankivsk. Of course, I love Kyiv in a tender, sincere and very nervous way. 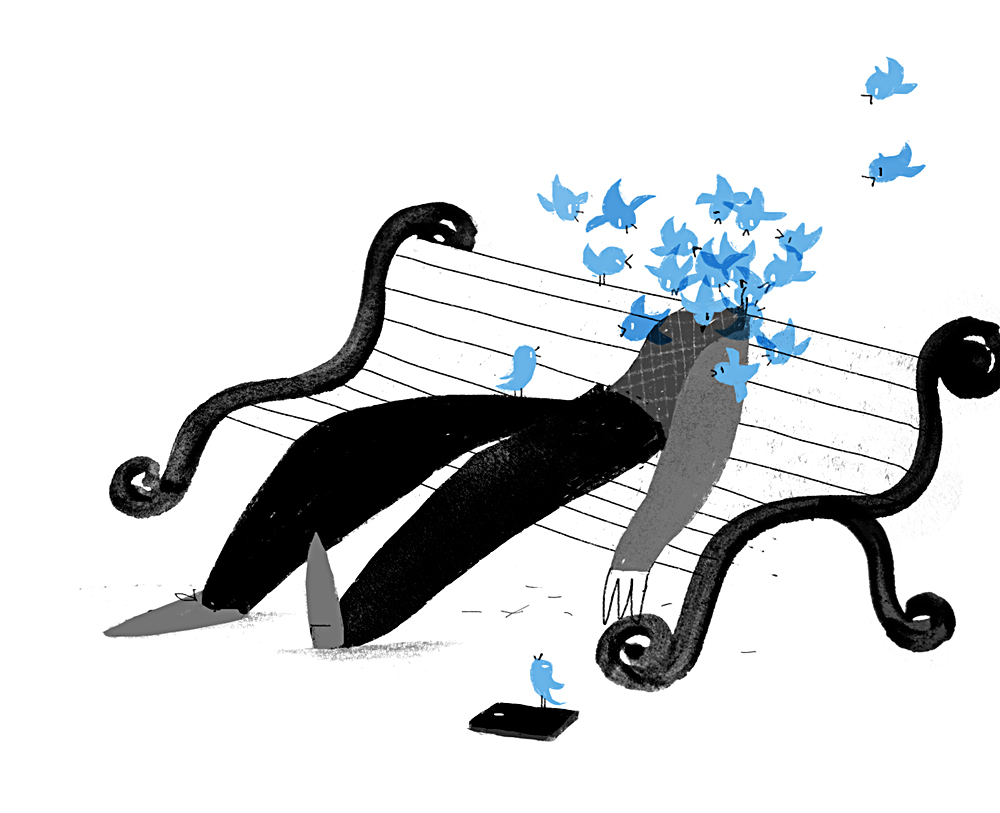 I consider own projects to be more important than orders. These are what illustrator’s «body» is made of. You can do whatever you like here — I mean that you can blend, experiment to go beyond the limits, find something new and precious, be an art director and the principal fault-finder of own efforts, get involved in the key project of your life for that matter. It will never be a cut-to-measure work.

I want to illustrate all periodicals, say, New York Times, Wall Street Journal, New Yorker, LA Times. Apart from that, I think about my graphic novel. 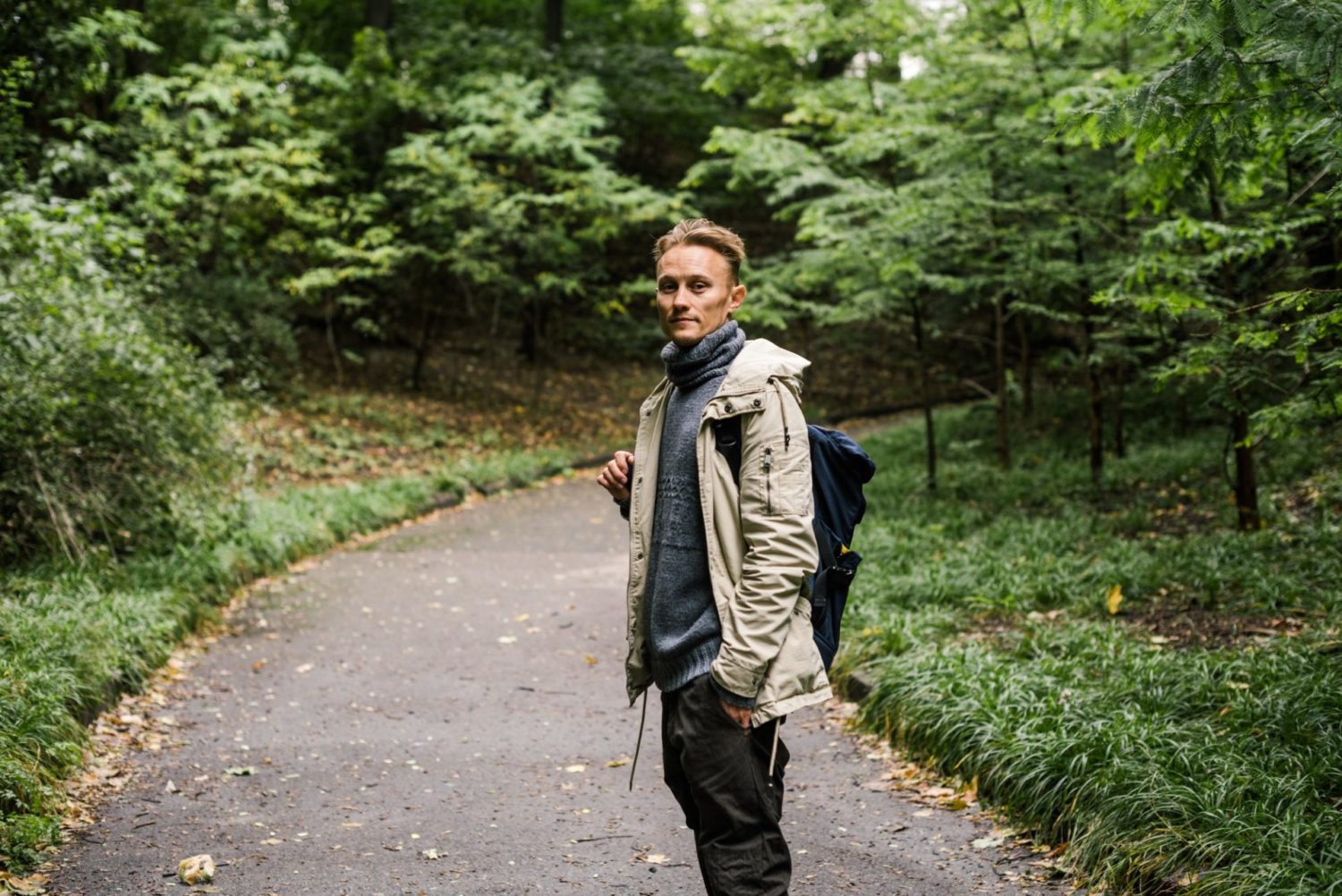 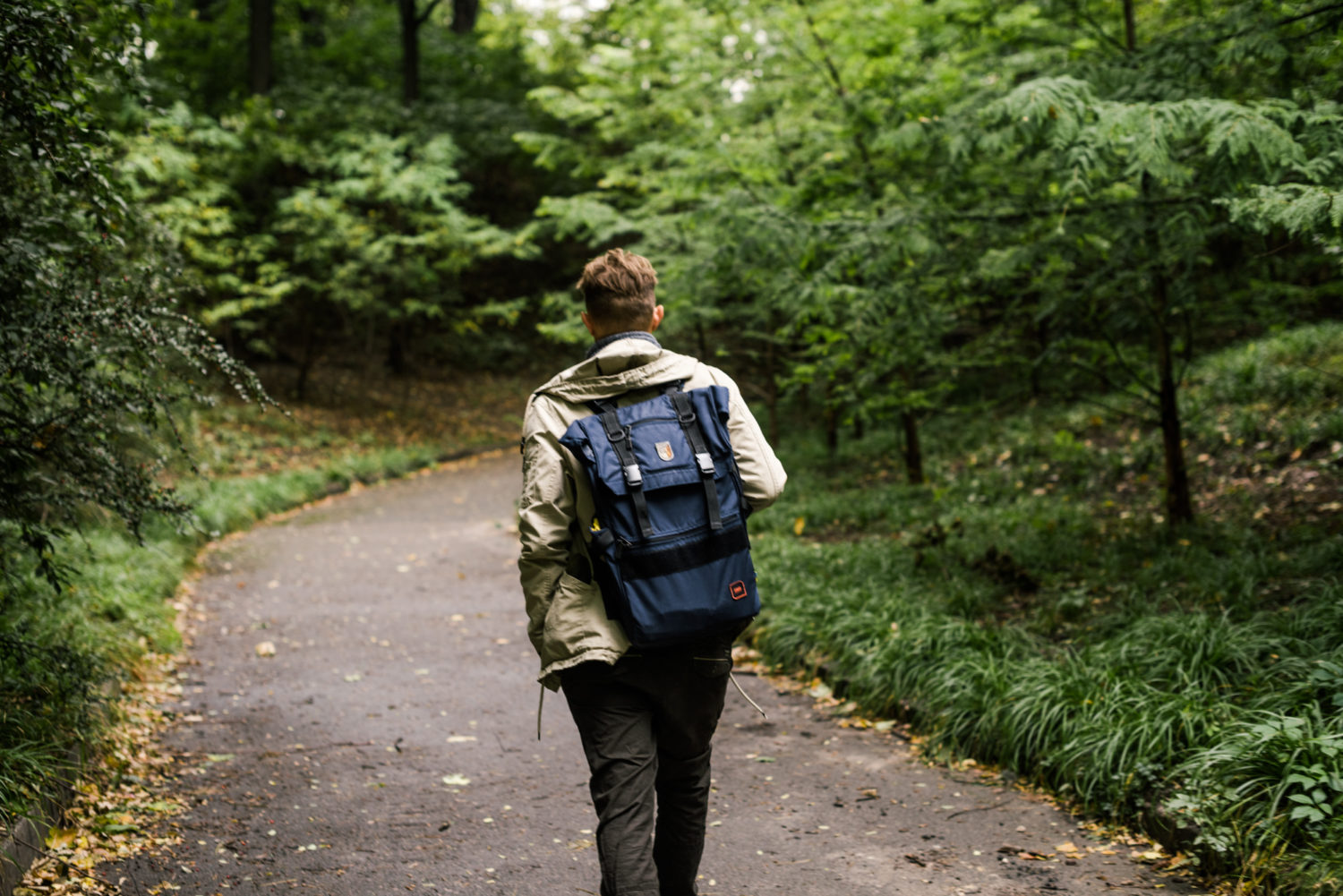